Brick making remains an important industry in many rural and peri-urban areas, Often there are large numbers of producers and the quality of bricks produced can vary greatly depending with the method of production and the equipments used.  Stabilised Soil Brick technology (also known as Stabilized Compressed Earth Block (SCEB)) allows producers to easily manufacture higher quality bricks and as a result receive a higher income for themselves at the same time enabling home owners save on building cost by over 40%

What are Stabilised Soil Bricks?

Stabilised soil bricks technology offers a cost effective, environmentally sound masonry system. The product has a wide application in construction and is manufactured by compacting earth (murram/sub-soil) mixed with a stabilizer such as cement or lime. Anumber of manual machines are available which compact the soil to attain dense, even sized masonry. The bricks are then laid out in the sun and cured rather than being fired.  Some SSB technology like the one deployed by kafum engineering services also includes an interlock (called ISSB) resulting in lower mortar costs. The bricks have four key advantages over traditional bricks:

2) Financial: The total cost of building a structure with SSB is 30%-40% cheaper than building with fired bricks because far less mortar is required, structures don’t have to be plastered, and bricks can be made on site so transportation costs are minimized.

3) Environmental:  Because SSBs are cured in the sun, the need for fuel wood is eliminated, helping curb deforestation rates.

4) Appearance:  The bricks have an appealing aesthetic with an elegant profile and uniform size that doesn’t require plastering.

How are the bricks made? The Process:

1)Soil selection
A site evaluation has to be carried out to make sure you have suitable soil for brick making. A number of cheap and easy tests have been created to effectively test soil quality. You are looking for sub-soil with few stones of a fine quality.

2)Stabilisation & Mix Preparation:
First the soil must be sieved to remove foreign elements from the soil. Then the soil must be mixed with a stabiliser to maximize strength – usually cement, but lime can also be used. The stabiliser must be thoroughly mixed  with the soil and then water added.

3)Compaction
The soil mixture then needs to be compacted to ensure strength and quality. Generally a manual hand press is used. The bricks need to be carefully removed from the mould and stacked correctly.

4)Curing
The bricks are then left in the sun to cure (no firewood needed!) and water is sprinkled to aid curing The bricks must then be stored correctly, often under sheeting, awaiting transportation if not molded on the construction site.

NB 28 days after manufacture, the bricks are ready for selling. SSB can also be used for any on-site construction to lower your own costs

The first attempts for compressed earth blocks were tried in the early days of the 19th century in Europe. The architect François Cointereaux precast small blocks of rammed earth and he used hand rammers to compress the humid soil into a small wooden mould held with the feet.
The first steel manual press which has been produced in the world in the 1950’s was the Cinvaram. It was the result of a research programme for a social housing in Colombia to improve the hand moulded & sun dried brick (adobe). This press could get regular blocks in shape and size, denser, stronger and more water resistant than the common adobe. Since then many more types of machines were designed and many laboratories got specialised and skilled to identify the soils for buildings. Many countries in Africa as well as South America, India and South Asia have been using a lot this technique.
The soil, raw or stabilized, for a compressed earth block is slightly moistened, poured into a steel press (with or without stabiliser) and then compressed either with a manual or motorized press. CEB can be compressed in many different shapes and sizes
Compressed earth blocks can be stabilised or not. But most of the times, they are stabilised with cement or lime. Therefore, we prefer today to call them Compressed Stabilised Earth Blocks (CSEB).
The input of soil stabilization allowed people to build higher with thinner walls, which have a much better compressive strength and water resistance. With cement stabilization, the blocks must be cured for four weeks after manufacturing. After this, they can dry freely and be used like common bricks with a soil cement stabilized mortar.

Precast concrete marker blocks (concrete cable markers) are primarily used to aid in the location and identification of electric cables and other utility services that are buried underground. They can also be used to mark boundaries and other reference points.
They are made from precast concrete and are manufactured and tested in accordance with BS 1881 standards.
Available in a range of standard sizes with various legends, however any size or wording can be produced on request

Marker Blocks molds are manufactured in accordance with BS 1881 and standard blocks molds are avairable.
Where applicable blocks have a recess on the underside which houses a 6mm galvanised bar to enable cable draw ropes etc. to be attached.
The standard recess size for identification plates is 100mm x 75mm.
Any other requirements can be made to order.

Kafum engineering has been manufucturing high quality cable markers molds at market friendly prices for more than six years. Kenyans across the country have been using this products 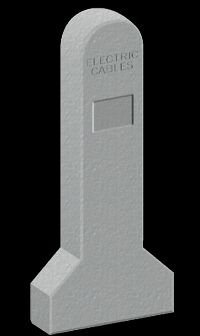 Browse through wikipedia and you will find that The concrete slump test is an empirical test that measures workability of fresh concrete.
The test measures consistency of concrete in that specific batch. using eighther concrete testing box or comcrete slamp cone. It is performed to check consistency of freshly made concrete. Consistency refers to the ease with which concrete flows. It is used to indicate degree of wetness.
Consistency affects workability of concrete. That is, wetter mixes are more workable than drier mixes, but concrete of the same consistency may vary in workability. The test is also used to determine consistency between individual batches.
The test is popular due to the simplicity of apparatus used and simple procedure. Unfortunately, the simplicity of the test often allows a wide variability in the manner in which the test is performed. The slump test is used to ensure uniformity for different batches of concrete under field conditions and to ascertain the effects of plasticizers on their introduction In India, this test is conducted as per IS specification. Kafum engineering services is a leader in fabrication of precise designed slump test tools both  cone and squre slump test tools in kenya. 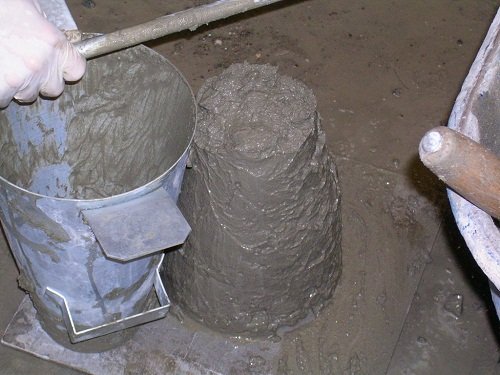 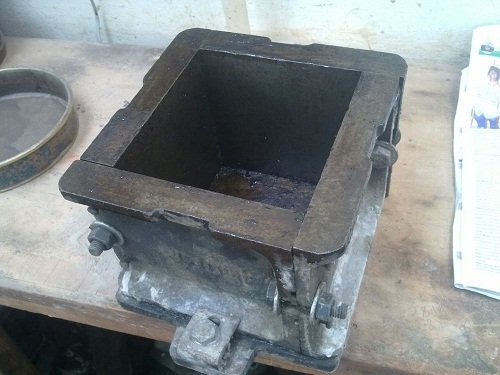 as every good construction expert will tell you that a waffle slabs provide a lighter and stiffer slab than an equivalent flat slab, reducing the extent of foundations. They provide a very good form of construction where slab vibration is an issue, such as laboratories and hospitals. 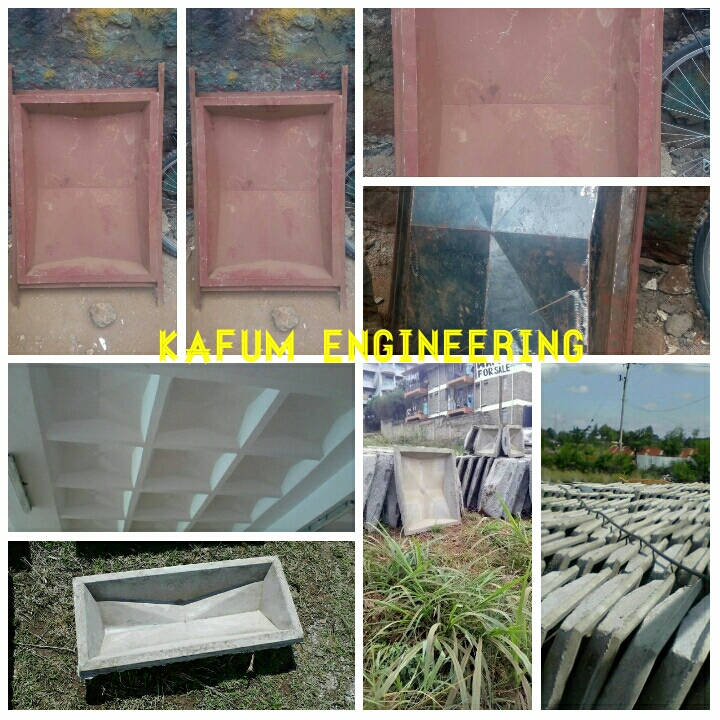 compared to ribbed slabs, waffle slabs tend to be deeper than the equivalent ribbed slab. Waffle slabs have a thin topping slab and narrow ribs spanning in both directions between column heads or band beams. The column heads or band beams are the same depth as the ribs. to produce a good waffle one need to consider the waffle mold its made on. trust me you cannot compromise on this. below are some advantages of using waffle in your construction.Flexible 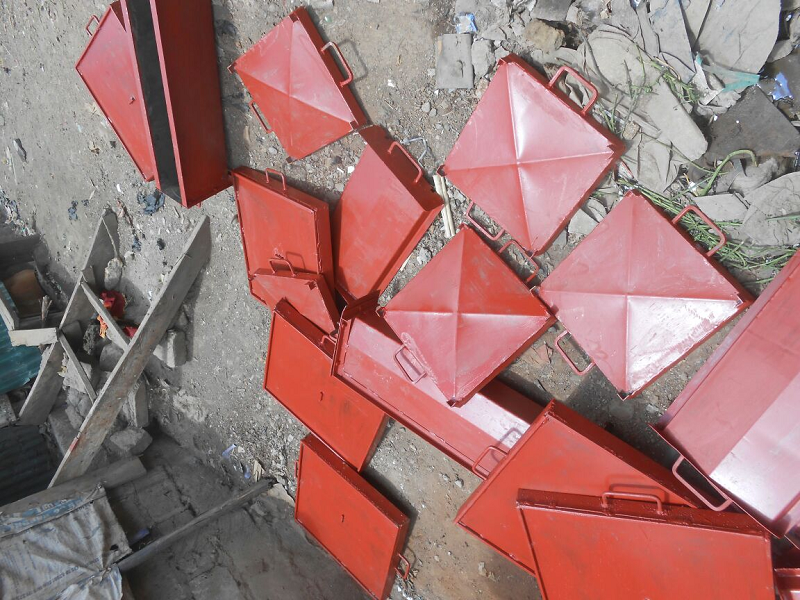 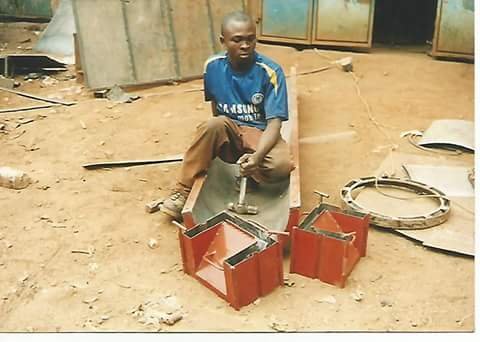 According to Wikipedia, A louver (in American English) or louvre (English) is a window blind or shutter with horizontal slats that are angled to admit light and air, but to keep out rain, direct sunshine, and noise. The angle of the slats may be adjustable, usually in blinds and windows, or fixed. This century the use of concrete louver vents has become soo popular in residential, commercial and institutions buildings due to their durability. kafum engineering a construction machinery manufacturing company in Kenya has been in this field for long and is the only company in Kenya that can be trusted to fabricate louver block molds that guarantee precise louver vents molding